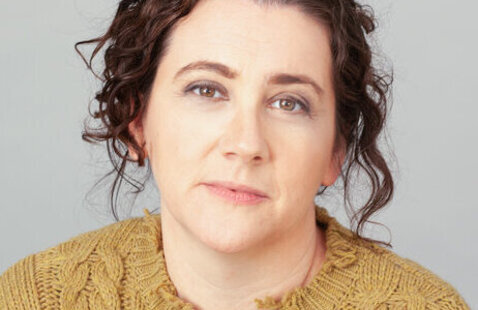 Join ASC alum Jacqueline Goldfinger (she/they) '00 for a reading from her newest work, Devil's Waltz, during the Writers' Festival: Friday, April 9, 5-6 p.m. With an MFA from the University of Southern California and a BA from Agnes Scott, Jacqueline Goldfinger grew up in the rural South and is best known for her work in the Southern Gothic genre. She won the Yale Drama Prize, Smith Prize, Generations Award, Brown Martin Award, Barrymore Award, and Philadelphia Critics Award. Her plays have been on The Kilroy’s List (twice). She's been nominated for the Weissberger Award, Blackburn Prize, Tait Black Prize, and Foote Prize. Her book, Bottle Fly, published by Yale Press, was a finalist at the International Book Awards. Her plays have been produced at theaters around the world, and her play, The Arsonists, is having it's Georgia Premiere at this year's Writers' Festival. She is also teaching this year's Writers' Festival Writer-in-Residence course at Agnes Scott.

She was terrific and it was so much fun!