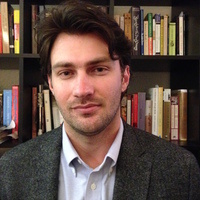 A talk by Murat C. Yildiz, Assistant Professor of History at Skidmore College

By the early 20th century, gymnastics, athletics, and team sports, particularly soccer, had developed into a wildly popular set of activities and pastime for many residents of the capital of the Ottoman Empire. Because of the global popularity of sports during the period and the diverse threads through which they spread throughout Istanbul, sports were envisioned as a shared civic activity. Drawing on a diverse array of primary sources, such as sports club records, memoirs, novels, government reports, newspapers, periodicals, and unpublished letters, written in Ottoman Turkish, Armenian, Armeno-Turkish, French, English, German, and Greek, this talk will focus on the implications of using sports as a lens through which to study urban centers, communal boundaries, public space, and fun in the Middle East.

This event is made possible by the James T. and Ella Rather Kirk Fund, established by alumna and trustee, Mary Wallace Kirk `11, to enrich the programs of art, literature, history, music and philosophy on campus.