Quantum Electrodynamics(QED) and the Standard Model of Particle Physics (Virtual) 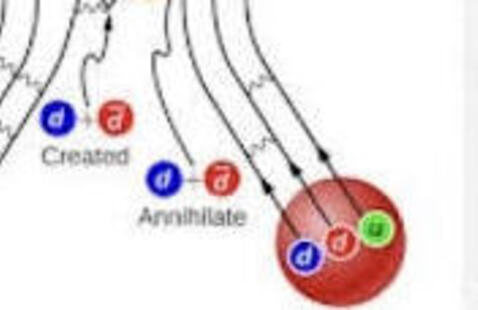 Is there any more esoteric, almost mystical-sounding scientific field than particle physics? If you want to understand questions like why are we here or why did matter form as it now exists? Particle physics is key to answering these questions, which are fundamental to all humans.

We will investigate a wide range of ideas concerning the theory of elementary particles.

These concepts will be studied by first developing quantum electrodynamics(QED), which was the first working theory of particles (electrons and photons). We will learn how the behavior of light(photons) and electrons is understood using optical phenomena, quantum physics and Feynman diagrams. We will develop a good understand all the common optical phenomena and of Feynman diagrams, which are central to all advanced physics.

We will then use the ideas learned from studying QED to study modern particle physics as understood by the so-called Standard Model.

The Standard Model of Particle Physics is the most up-to-date theory of all known particles. It has been confirmed in all known experiments. Along the way we will learn about quarks, gluons, leptons, electroweak theory, Higgs mechanism, neutrino oscillations, quantum chromodynamics, the eightfold way and potenital extensions to the theory.

The class has no prerequisites.

There are eight (8) class sessions, each three (3) hours long.

The instructor will provide you the link closer to the date of the class.