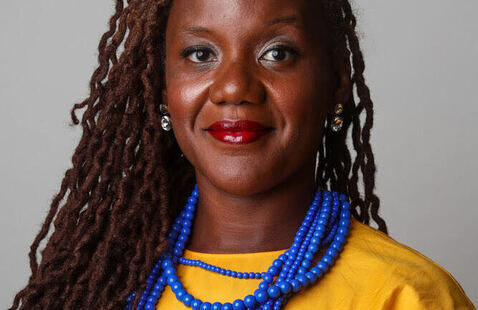 Dr. Jean-Charles will join our class officers in a conversation about her new book, A Trumpet of Conscience for the 21st Century: King’s Call to Justice (Orbis Press)

Régine Michelle Jean-Charles is the Dean’s Professor of Culture and Social Justice at Northeastern University. She is a Black feminist literary scholar and cultural critic who works at the intersection of race, gender, and justice. Dr. Jean-Charles is the author of Conflict Bodies: The Politics of Rape Representation in the Francophone Imaginary (Ohio State University Press, 2014), as well as the forthcoming Looking for Other Worlds: Black Feminism, Literary Ethics, and Haitian Fiction (University of Virginia Press). She is also a regular contributor to media outlets like The Boston Globe, Ms. Magazine, WGBH, America Magazine, and Cognoscenti, where she has weighed in on topics including #metoo, higher education, and issues affecting the Haitian diaspora.

Center for Global Diversity and Inclusion