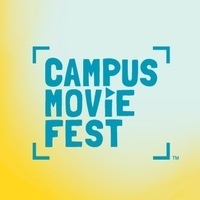 Campus Movie Fest at Agnes Scott College launches on September 19, 2019.  Students have one week -- until September 25, 2019-- to make the best possible five-minute film. The CMF tour staff provides training, support, and of course, amazing equipment -- including a laptop loaded with Adobe Creative Cloud, a Panasonic LUMIX HD camera, and crystal clear Sennheiser sound gear. What’s the catch? There isn’t one! Thanks to CMF’s partners, participation is completely free for students. More than one million students have participated in CMF since it began in 2001.

At the end of the week, judges rate the submissions, and the Top 16 movies from screen at a red-carpet Premiere on October 8, 2019.  Friends, family, and fans are all invited to join the student filmmakers in celebrating a week of incredible accomplishments.

The Top 4 films from win our coveted Jury Award, which means they will move on to compete on the national level at our Grand Finale in June 2020. Jury Award winners will also receive an invite to our CMF at Cannes Program, and invited to our national conference. To celebrate the achievements of Agnes Scott’s most outstanding filmmakers, Silver Tripod Awards will be given in specific categories, including directing, editing, performance, and more!

Students can also compete in the Elfenworks Hope in Social Justice category, which highlights injustice and inspires change -- with the national winner taking home $10,000!

All CMF filmmakers (and their friends!) are invited to celebrate a year of incredible student films at the CMF National Grand Finale. They’ll participate in hands-on workshops, attend outrageous parties, see the best CMF films screen, and plus get opportunities to network with industry leaders and celebrities. More information to come!

To learn more about CMF, or watch past movies, visit http://www.campusmoviefest.com/asc.