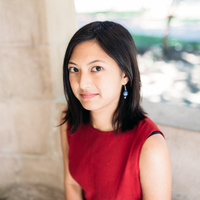 Anna Cabe is a Pinay-American writer. She hails from many places but calls Memphis, TN, home. She received a BA in English literature-creative writing from Agnes Scott College in 2013 and a Fulbright Fellowship in Indonesia from 2013 to 2014. Anna earned an MFA in fiction from Indiana University in 2018, where she taught creative writing and composition, served as a student representative for the MFA program, and worked as the web and nonfiction editor for Indiana Review. Upon graduating, she was a Fulbright Fellow in the Philippines for the 2018-2019 academic year. She was the guest-editor for The #Demands Issue of Killjoy and is an assistant fiction editor for Split Lip Magazine. Anna was a 2015 Kore Press Short Fiction Award semifinalist, a finalist for Midwestern Gothic's Summer 2016 Flash Fiction Series, a finalist for the 2015 Boulevard Short Fiction Contest for Emerging Writers, and the second runner-up in StoryQuarterly's Sixth Annual Fiction Prize in 2019. She attended the 2019 NVM & Narita Gonzalez Writers' Workshop at the University of the Philippines and has received support from The Martha's Vineyard Institute of Creative Writing. She is completing a novel set during martial law.

For questions please contact the Office of Special Events and Community Relations at 404.471.6700 or specialevents@agnesscott.edu

You're not going yet!

Register
This event content is powered by the Localist Community Event Platform.