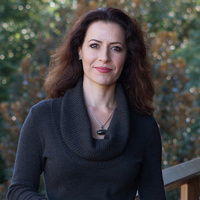 9/24/20 at 1 pm: Mina Ivanova, ""Contradiction and Emancipation or How the COVID-19 Pandemic and Racial Justice Protests of 2020 May Lead to Social Change--or Not"

COVID-19 has exposed the structural inequities and contradictions of American society. We face the trifecta of a public health crisis, an economic crisis, and a reckoning on race and social justice that calls for a conjunctural analysis of the conditions of possibility for emancipatory politics. That possibility, I argue, hinges on whether we face structural contradiction or disavow it. Using the conceptual tools of rhetoric and psychoanalysis, which is a privileged framework for the study of contradiction, I analyze the ways in which “conservaive” and “emancipatory” politics relate differently to the traumatic kernel. The former relies on the ideological gesture of transforming structural contradictions into oppositions in order to conceal the social rupture, even if that means denying the “brute facticity” of a relentless virus. By contrast, emancipatory politics stages an encounter with contradiction and offers a way of relating to it that enables change.

Originally from Bulgaria, Mina studied English/Comparative Literature and Linguistics at Sofia University. She received a Ph.D. in Rhetoric and Politics from the Department of Communication at Georgia State University and an M.A. in Communication from Villanova University. Her scholarship is situated at the intersection of rhetorical studies, critical theory, and psychoanalysis. Her dissertation isolates the largely unconscious rhetorical and ideological means with which war was justified before, during, and after the U.S. 2003 invasion of Iraq. Her work has appeared in the volume Venomous Speech: Problems with American Political Discourse on the Right and Left (Praeger 2013), the international Journal of Rhetoric and Communications, and in the Quarterly Journal of Speech.